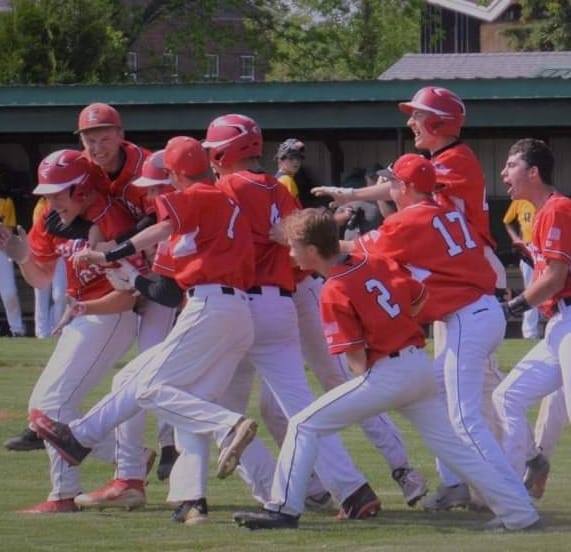 I was going to blog about my weight loss and how proud I am of myself at how much weight I have lost since I had a heart pacemaker put in on May 2nd. That was my plan, but what happened in high school area sports this past week is hard to not blog about. LQPV softball team playing for a section championship. LQPV baseball team with an amazing comeback win against RCW. The LQPV boys and girls golf teams winning section championships again and earning another trip to state. LQPV/D/B boys track team section champs and individual area athletes going to state in track and golf! What a week for LQPV sports!

I was in Marshall most of the week broadcasting the LQPV softball team section games. What Coach Larsen and the Eagles girls softball team did this past week was historic! We believe it is the first time playing for a section championship. They beat a very good Wabasso team and then faced their conference rival KMS Fighting Saints on Tuesday. They dominated the Saints winning 8 to 1 to send them to the section championship game with Edgerton/Southwest Christian. The Eagles needed to beat the Dutchmen twice Thursday to go to state. Haley Wollschlager pitched a gem in game one, winning 1 to 0. The defending section champion Dutchmen came out strong in game two and beat the Eagles 9 to 0, ending a great season for LQPV. Haley has the great honor of playing in the All Star Game in a couple of weeks and recently was voted one of the top ten softball players in Class A.

I was able to listen to most of the LQPV section baseball games with Dick Newman and Curt Baldwin driving home from Marshall. What happened on Saturday in Milroy is why baseball is such a great sport. Like Coach Bart Hill said in the postgame show, “There is no clock in baseball, you play till the final out”. LQPV scored four runs in the bottom of the 7th inning against RCW to keep their season alive. I enjoyed looking at the pictures that were posted on Facebook and the boys celebrating on the field. Dain Haas being mobbed by teammates with the winning hit, and Coach Hill being drenched with the Gatorade bucket. A fun time for the LQPV baseball team and fans.

The LQPV boys and girls golf teams did it again winning section championships at Eagle Creek in Willmar. The girls are the defending Class A state champions and will look for a repeat in Becker on June 11th and 12th. They dominated section play winning by 120 strokes to second place Benson, that stat is crazy. They are led by the Halvorson sisters Rachel and Sarah and the coach’s daughter, Bella Stender. Rachel is the defending Class A state champion. The boys have lots of experience on their team, I think this is the fourth year in a row going to state. They are led by Harrison Patzer, who was the section champion. Some other area golfers that I know well are again going back to state. Nolan Boreboom from Minneota, Jake Wagner of Canby and Mikayla Rasset from Ortonville. Dawson/Boyd’s Ella Mork and Rachel Lund making the trip too. I can’t wait for state golf at Pebble Creek in Becker, it is one of my favorite sporting events to cover.

The LQPV/DB boys track team took home the gold in Luverne at the section track meet this past week. Section Champs! Mike Kvaal and Zeke Sather qualified for the state track meet and qualifying for the girls were Josie Munsterman high jump and Avery Bartunek, long jump. Canby/Minneota also had a number of kids qualify for state. The state track meet is this Friday June 7th and Saturday the 8th at Hamline University in St. Paul. LQPV/D/B tennis players Colton Husby and Gavin Olson made it to the doubles semifinals during section tennis in Redwood Falls.

We have exceptional student athletes in western Minnesota and it showed this past week during section play. It was a very busy week of high school sports and for some teams and individuals the next step is a state tournament. Lots of memories were made that will be talked about for a lifetime. I’m glad I blogged about what happened in area sports this past week instead of boring you with my weight loss blog. That will be coming next week and I know it will be a much anticipated blog! 🙂